Skip to content
This was an old article I found from about ten years ago. It still holds a lot of meaning for me and I’m sure for many of you out there that are classic weekend warriors with families…enjoy.

Every Sunday morning I check out of my little world of reality and into pure fun. I am a mountain biker. I have been riding a long time; it has always been something I have done. Even when I was a little kid I loved riding bikes. I even waited an extra year to get my drivers license because I didn’t want to stop riding. When I did start driving, I got a job at a bike shop. That was a childhood dream come true. It was one of the best times of my life. This was the late 80’s into the 90’s and bikes were just filtering down to us here on the east coast. I was working at Carver Cycles, which turned into Fat Dog Cycles. I saw the beginning of the mountain bike craze and the introduction of the front suspension fork. Which seemed almost impossible to believe I would see this kind of engineering progress in my lifetime. Not long after that we had a Trek 9000 full suspension bike roll onto our sales floor. This was the bike with the chocolate donut looking elastomers. 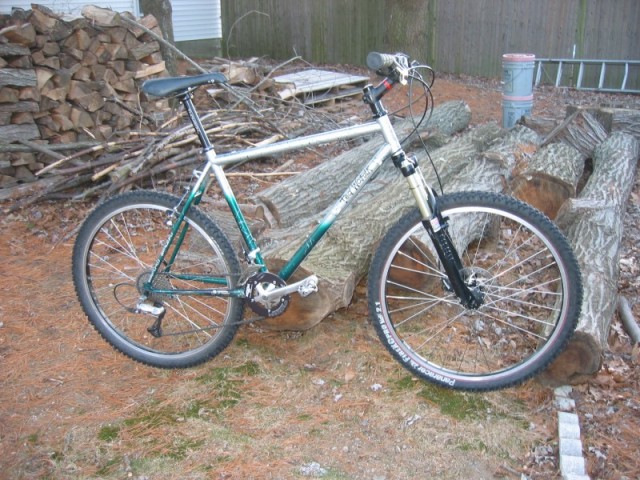 Life seemed to fast-forward at this point. College, jobs, move out of town, more jobs, move ten more times. Ten years went by without riding in a blink, not sure how that really happened but it did. I was still riding a hardtail. After getting married and settling into a house, I wanted to try a full suspension bike. I scrapped a few bucks together and bought a GT LTS. Promptly found a rock garden and tested it out. I worked, but this thing was worn out so I bought and sold a few more times from the magical used bike portal of Pinkbike. Credit to the old BustedSpoke site as well for used parts as well. 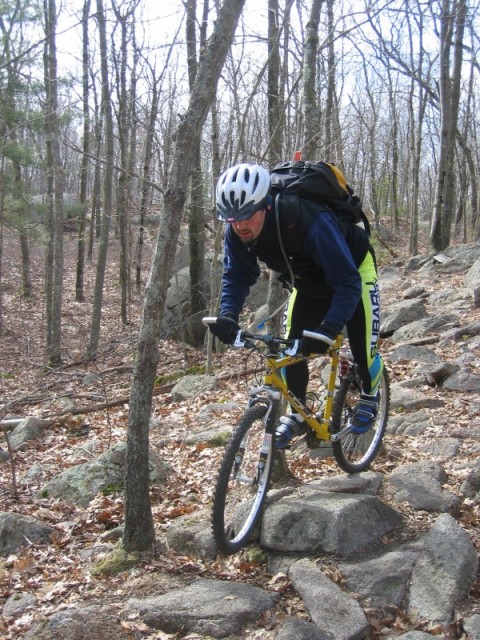 It might have been late 2007 and the Sunday morning ride in the cold New England winters might have been what pushed me over the edge with the last cheap blown out full squish bikes I was riding at the time. Tax return season was upon us and I had an idea.
The inter-webs had a few direct to consumer bike sites, Randel Scott was one. Here you could buy Iron Horse bikes with the World Champion winning suspension design, DW Link. Dave Weagle’s first application of one of his many suspension designs. I did have some reservations about buy a bike of the web. In the end I found a local dealer and I started hanging out and talking with the owner of Rockland Cycles. Dave liked these bikes and we split the difference on his price and the online price of a left over model.

I had just bought my first new (maybe my last) modern full suspension mountain bike. I still remember the feeling of the ear-to-ear grin I had for days because of that bike. I felt like I had bought a unicorn. Never did I think it could live up to the hype. The first Sunday I got to ride changed my life and moved me into a different direction. I hadn’t got a new job or moved but this device was able to bring me places and deliver a new sense of thrill and enjoyment I didn’t believe in. Modern suspension design combined with fork/shock technology was booming.
These photos are of my 2007 Iron Horse MKIII. The point these photos were taken I upgraded the fork, wheels, tires and added hydraulic disk brakes. Along with this modern bike I now had access to modern standards for all the changes I have done and more that would come. 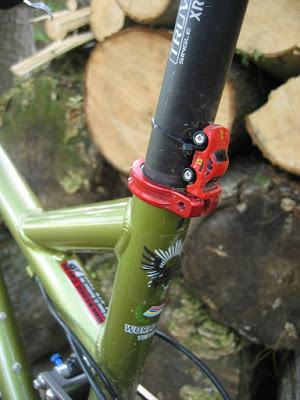 For me the full squish of this bike made me believe I could ride farther and faster. I decided to try a race, which I hadn’t done in over a decade. The Landmine Classic was 16 miles and a beast. I loved it.
My bike isn’t the focus of my fun, it is the tool of which I have fun when riding.
#bikes #mountainbikes

This site uses Akismet to reduce spam. Learn how your comment data is processed.